A downloadable game for Windows

So after watching Giant Bomb's Unprofessional Fridays: 10/31/2014 I was left with the image of Jeff Gerstmann sitting there in a penguin costume, struggling to play Super Puzzle Fighter II Turbo on a modular CPS-2 setup.

I was giggling, I was weeping. I knew I had to do something. This game is the result of the few weeks after that broadcast. I had 3 goals while making it:

a new version of Cart Stacker Pro is currently in the works! It's getting a large backend upgrade, huge gameplay changes to multiplayer, and a bunch of new art. The preview video at the top of the page is from a WIP build of this new version.

Although I'm happy with the progress made so far, it's still not close enough to know when it's going to be ready for release. But rest assured I want to see an improved version of the game out at least as much as you do!

Instructions are laid out in the Single player / practice mode.

Drop carts on top of consoles to clear the consoles and earn a point.

Match 3 cards in a row (even diagonally) to clear them out, but for no points.

Just like a collecting video games in real life, there is no way to win. Just keep things as organized as you can and go for the high score.

Single player and multiplayer. Some difficulty settings in the options menu. 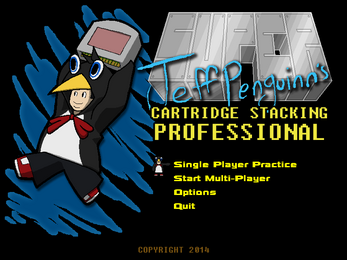 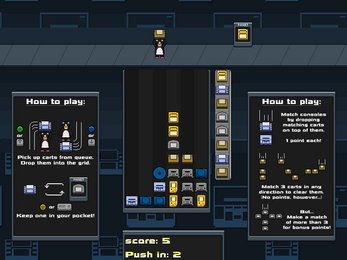 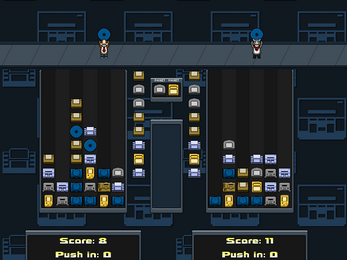