A downloadable game for Windows

there are just over two minutes until your company's big live demo at E3 hits the stage.

The compile has just finished. The disc with the Demo build is handed off to an intern, and it's time for them to run the disc to the LA convention center.

Can you get the demo to E3 on time before the entire press conference collapses?

NOTICE: This game will open a browser window on you when you win. It's just to a youtube page to complete the gag.

Made in a week (Although probably more like only 3 days by time I had available to work on it). Created for Giant Rom 3 game jam.

Okay so Hey I realized after I posted it and started looking at other people's games that I really didn't put anything directly Giant Bomb-referential in it, so I thought maybe I should give a little explanation for how I see it as GB related. (Not that I expect too many people are checking this page while going through entries).

Basically I just don't think in direct references, and it's more like the GB crew supplied the inspiration. I knew I'd be doing E3 because if I tried to do cyberpunk I'd spend more time than I had available on art and backstory stuff. And then thinking on E3 stuff in terms of GB, the first thing that came to mind was the stories they would relate of people on planes and in private cabs, with a briefcase basically strapped to their wrist, rushing to get the stablest demo build possible to the press conference, and arriving sometimes only minutes before the demo was to begin. The idea came directly from thinking about Giant Bomb.

There was also a short time I was thinking of doing a reverse Tetris type thing where you were trying to fill the board, and each piece was a possible press topic, and you wanted to clear bad topics (like pele) and only keep good ones (like playable demos). (And I guess point worth goes down the more peices of the same type you have? like when they had so much FFXV and that was a detriment?) I thought it was a pretty solid idea, but I had a feeling the design would take to long to get in place. Plus even with that idea, the Duders weren't in it so much as inspiring it (tho having them at the end during scoring to comment on the final conferences would have worked. Man, I should make this game anyway~) So in the end I went back to the delivery idea, because I've played enough Mario Maker that I knew I could decent enough level designs out quick, and I'm almost always a gameplay first kinda guy.

So yeah, don't know if that changes anyone's mind about how to rate this entry, but I just wanted it to be known how I see it as GB related. 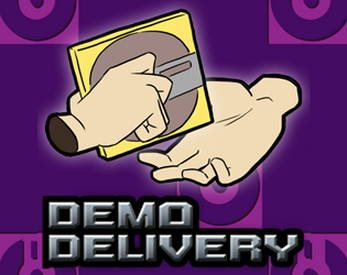